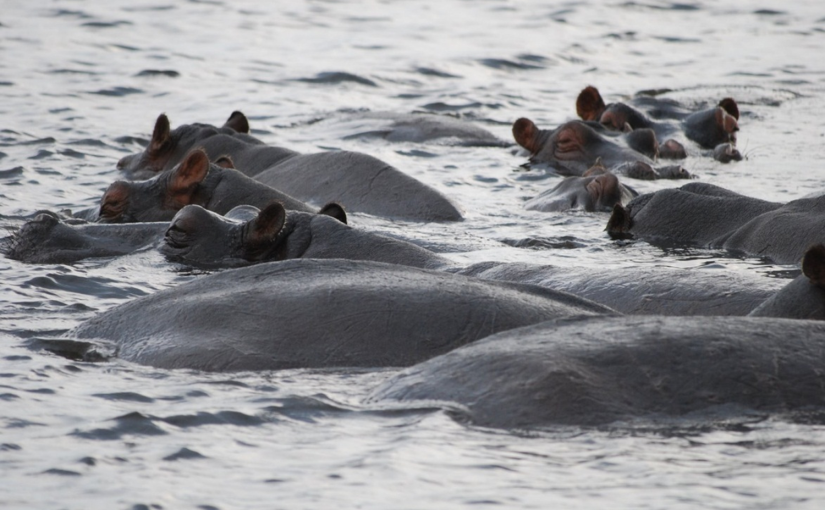 An ultra-quick post today. I have been spending a lot of time lately writing a grant proposal (and occasionally tweeting about it  on the #DACEA3 hashtag).  Finally it’s in and after a celebratory beer or two at the famous Mikeller last week I have managed to get around to a very brief summary of what it’s all about…

Around 17,000 years ago, Lake Victoria more or less completely dried out. I still find this absolutely staggering. In fact, the lake has dried out and reformed at least 3 times since it first formed about 400,000 years ago.

Clearly, the disappearance and later reappearance of the lake, and others in the region speaks to monumental shifts in the climate. The East African Rift Valley lakes are largely fed by the East African rains, long and short, delivered by the shifting position of the Intertropical Convergence Zone as the Earth’s seasons change bringing those life-giving rains.

This grant proposal started as idle speculation around the coffee machine (in the grand old scientific tradition) about how this was climatically possible and could it happen again? My colleague (and talented PI on the proposal) Peter Thejll had been reading a book about John Hanning Speke and Richard Burton (not that one) and their famous search for the source of the Nile and has some personal African connections, which prompted the conversation and it seemed obvious to try and find out what happens to the local circulation to allow the lake to dry out. A quick google search revealed an old friend, Dr. Sarah Davies at Aberystwyth University was researching this topic actively and it all fell into place.

Now, I can guess what you’re thinking – this is usually a glaciology or Arctic Climate blog, where on earth has all this Africa stuff come from? Well what happens in the Arctic does not necessarily stay in the Arctic.

There are a number of hypotheses as to the drivers of these changes in African rainfall, among which is the interesting observation that the periods of greater aridity correlate remarkably well with Heinrich events in the North Atlantic.

Heinrich events were first identified as layers of sediment most likely transported into the North Atlantic Ocean by icebergs, known as ice rafted debris – IRD. The southerly position of many of these layers thousands of kilometres from any ice sheets either at the present day or in the past suggests a truly extraordinary amount of icebergs and cold fresh water were discharged over a relatively short period of time, from a large ice sheet. The source of these sediments is most likely the gigantic Laurentide ice sheet of North America, but there is also some evidence of smaller contributions from the British and Fenno- Scandian ice sheets (which may or may not have been joined together across the North Sea depending on how you interpret the evidence). The physics behind this is that as the enormous amount of cold fresh water was discharged into the North Atlantic, the temperature and salinity changes were sufficient to push, or keep the ITCZ far to the south, preventing the rains one East Africa.

On the other hand, other research has linked the failure of the rains to El Niño and related phenomena such as the Indian Ocean dipole and the Walker circulation. Still other scientists have noted that these drying periods seem to correlate with orbital changes in the earth which would affect the seasonality, that is the annual cycle of seasons. It is known as orbital forcing as the Earth’s seasons are driven by changes in our orbit around the sun (have a look at the excellent Orbit documentary from the BBC for a very easy to follow and beautifully filmed introduction to the importance of our orbit around the sun if you’re not familiar with Milankovitch cycles etc).

All of these hypotheses can be supported by correlations with palaeo evidence,  but to really disentangle the connections between different regions of the world and how they affect each other’s weather and climate, we need to use a climate model. Luckily, at DMI we have the perfect tool to hand, a global climate model including ice sheets, EC-Earth. Furthermore we also have a high resolution regional climate model, HIRHAM5, my usual tool of choice. Our friends Morten Dahl Larsen and Martin Drews at the Danish Technical University are experts in using hydrology models so the answer is obvious.

We want to use these model tools and an extensive archive of observations, helpfully curated by our project partners Sarah Davies and Henry Lamb at Aberystwyth University to test all these different ideas. As an extra spinoff from the project, the Aberystwyth group have been intensively involved with the collection and analysis of a new lake sediment core from Chew Bahir in Ethiopia, so it’s going to be pretty exciting seeing if we can get the models to replicate  these kind of records.

There is of course an extra urgency to this project. It’s not just a somewhat obscure academic question. A recent paper showed that the long rains have significantly reduced over the last decade, and about 300 million* people live in this region and rely on these rains for drinking water, hydroelectric power and agricultural production. During this period we have also seen rapid changes in the Arctic. Of course the two trends may not be connected, or may be linked via a common third factor which is why the physics of climate are so important to understand.

UPDATE 2: I had no time originally in the writing of this to add a little about our other project associate. One of the best things about doing science are the very smart and friendly people  you meet along the way. Social media has really helped here to keep in touch as it is a nomadic lifestyle. By sheer chance I noticed a familiar name in a tweet that seemed to have some direct relevance to the proposal as we were writing it.

John Marsham was an old friend from my student days at Edinburgh University who I had slightly lost touch with. Thanks to the efforts of facebook we were soon back in touch and he is one of the Investigators on the HyCRISTAL project, part of the hugely important Future Climates for Africa Project, funded by the Department for International Development (DFiD) and the Natural Environment Research Council (NERC) in the UK. DACIA has some really obvious parallels with this project, though where we would like to concentrate on past climates, they will be focusing on present day and future climates. We hope therefore to send our PhD student to collaborate with the HyCRISTAL and FCFA projects where our insights from palaeomodelling palaeodata can make a real difference to the way future climate change is adapted to in East Africa. It will be very nice to collaborate with John’s group at Leeds as well as the Aberystwyth group, now we just have to hope we get the money to do it..

UPDATE 1: Having viewed the original pop video again, I am rather troubled by the casual racism, sexism and naked orientalism on display (yes it was the 70s but still…) so I think I prefer to post instead this particularly witty deconstruction courtesy of @spaceforpootling

*(based on a back of the envelope calculation based on population statistics from Wikipedia if you know the correct number do let me know).